On authenticity and place

‘Authentic’ is one of those words that gets bandied about a lot by tour operators and on travel sites. The search for ‘authentic’ travel experiences has become a kind of holy grail quest amongst backpackers – casual conversations in hostels often descend into a top trumps style game of one up manship on who has had the most ‘authentic’ and least ‘touristy’ experience. But of course ‘authenticity’ has little meaning in reality – how much of our own lives are ‘authentic’ anyway?

Authenticity in travel is the modern equivalent of the noble savage concept and usually just means witnessing people cope with extreme poverty and flirting with dysentery.

Kochi in India is a very picturesque small fishing village in Southern India. It’s a mix of Portuguese colonial architecture in tropical sunshine shaded with coconut palms and scented with curry. The windy streets of the old town are lined with craft shops and small restaurants serving local delicacies. Naturally it’s a big tourist magnet.
About 30 minutes away in the new town is a huge shopping mall with a Starbucks and a multiplex cinema. . Its heaving with teens gossiping over frapaccinos and families shopping for Flat screen Tvs in the old town all the shoppers are foreigners at the mall everyone is local So which is the ‘authentic’ India?

The brand saturated consumer mall culture is certainly not every person in India’s experience but for better or worse it’s part of the landscape now and in many ways it’s just as ‘authentic’ if not more so than the weaving , dancing and huts that are used as shorthand for India so often.

Authenticity maybe an empty shell but there is something else – something far more subjective and fleeting but perhaps a little more meaningful. A sense of place.

Often, if travelling for a while, you can get caught up in the minutiae of moving forward to such a degree that you forget where you are in the world – scenes and experiences can blend together and it just becomes a bus window or another city. But every now and then you have a moment that reminds you where you are – a moment where you say ‘ah this is India’ or whichever place. it’s not that you find an abstract ‘authentic’ heart of the country it’s just when things chime with your own personal idea of a place – when where your at matches with where you thought you’d be. What the sense of place is will be different for everyone and may change but here are a few of my favourites so far.

We had been in India for a couple of weeks already. We had survived Delhi and navigated the trains but it was on a roof top in Jodhpur where I remember thinking to myself I am in India. We arrived just near sunset and the owner of the house we were staying at led us up to the terrace. The fort rising up high on the red hillside behind, the tangled mass of blue houses all around, the call to prayer echoing everywhere and the dry desert sun sinking massively into the horizon. It felt like a memory – my imaginary India finding a brief reflection in reality.

It’s a modern, rapidly developing city but Hanoi and it’s markets was Vietnam to me. They may have been selling Christmas hats and knock off Prada bags and there’s much more traditional culture in the countryside but the sound of the market sellers, the smell of soup noodles, the fading French facades and swarms of Vespas everywhere was everything Vietnam in my head.

Matsuyama was our last stop in Japan. There’s nothing very amazing there. It’s a pretty but ordinary place. It was this quiet, old fashioned aspect that became Japan for me. I expected tokyo to be the future shock Japan I read in mangas or kyoto to be the zen palace samurai site of haikus. But oddly it was the humble port town with orange groves in the mountains, tiny box cars and an island full of deer that suddenly seemed like the real Japan to me.

Slowly turning up a steep single track mountain road on a rattling bus in a landscape made for giants is the shape of South America in my head. And blue is the colour. Skies so blue it’s as if you’ve made them up. And between the mountains and the oceans of sky the bus carves out a way and just keeps going on and on. 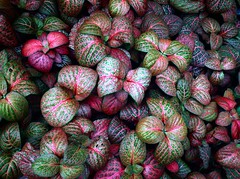 "A less elegant weapon for a less civilized age."